New "I'm not from here" comic

Here's a new "I'm not from here" comic based on a true story told to me by my wife.
"Tales of the Emerald Yeti" will return next week.
~Kenn 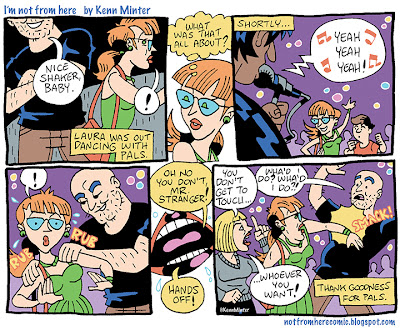 Clarence and I are working on a back-up tale for "Tales of the Emerald Yeti" #3. It's inspired by old children's comics such as Harvey's Casper the Friendly Ghost and Hot Stuff. The story will feature "Lil' Ninja Witch" and "Emerald Yeti Jr."
Here are some character sketches I sent Clarence to give him some ideas. I'm looking forward to seeing what he comes up with.
~Kenn 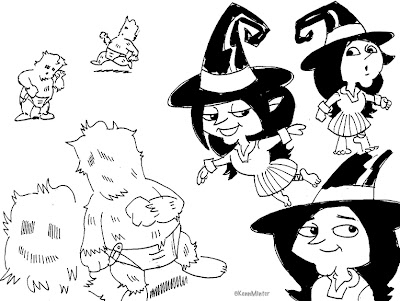 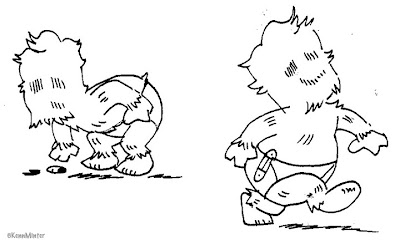 Posted by Percy Trout at 8:33 AM No comments:

An old drawing of an old friend ...

An old friend of mine sent me this drawing I did of him about 15 years ago.
~Kenn 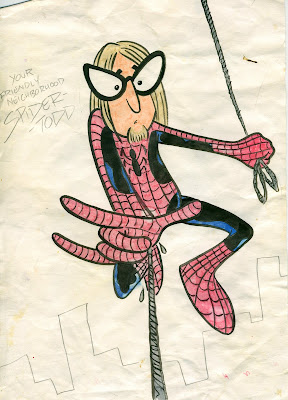 Posted by Percy Trout at 1:50 PM No comments: 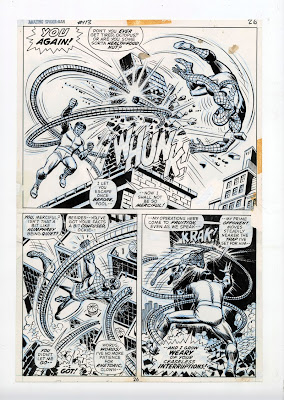 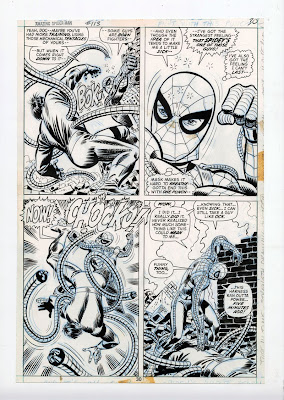 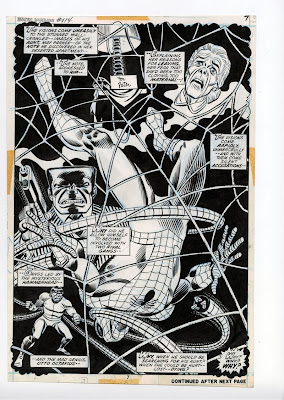 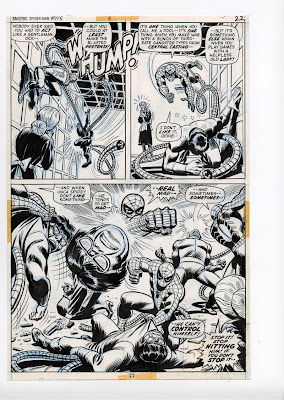 Posted by Percy Trout at 9:17 AM No comments:

"Tales of the Emerald Yeti" returns with Page 53

Catch up with the rest of the tale HERE. 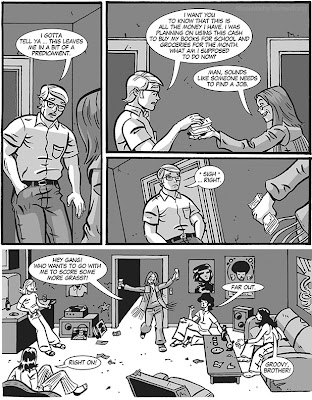 Posted by Percy Trout at 9:39 AM No comments:

Here's a thoughtful review of our "Tales of the Emerald Yeti" series that runs in this month's issue of North of Center Newspaper:

The Emerald Yeti is an arresting character. Massive in build and dashing in his Army dress uniform, he dominates the frames of his story with gravity. And yet he’s graceful—bold green fur blurring his humanoid features, meshing strangely with twentieth-century surroundings. The Emerald Yeti is a superhero, or he isn’t. Actually, he is, but this aspect of his life isn’t prominently on display in the first two issues of Tales of the Emerald Yeti, the comic which details the background of an oddly named and compelling character.
The Yeti, Incredo-Lad, Incredo-Lass, Professor Hundscheiße, Super-Ego, and Little Miss Fantastic form the phantasmagoric core lineup of creator Kenn Minter and penciler Clarence Pruitt’s comic universe, slyly twisted and irony-laden—a throwback-cum-update to what the authors term “the Bronze Age comics of the rocking, exploitative days of the 1970s.”
The Yeti first appeared as a member of the Experts, Minter and Pruitt’s thoroughly modern, thoroughly American superhero group. The Experts (graphic novel) is set in the present, a riff on the archetypical cooperative of superheroes. Except the Experts are more about sweet corporate endorsements than actual crime-fighting, much the way celebrity chefs these days tend to sell their images, cookware, books, and utensils instead of making actual food. The Experts collect royalties and bust the occasional hoodlum, and life is sweet. They eventually break up, and that’s where Minter decided that the Emerald Yeti was the most interesting and nuanced character of the group, and the one whose background was the least explored.
Read the rest HERE. 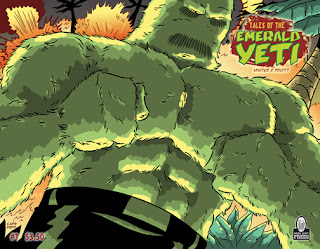 Posted by Percy Trout at 9:09 AM No comments: 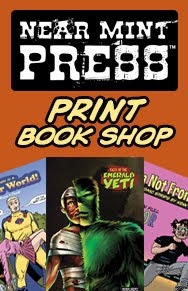 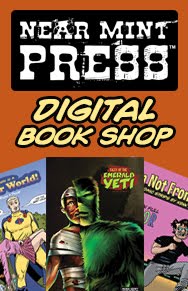 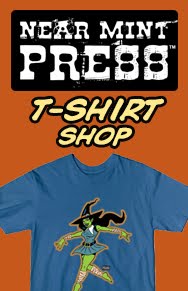